Sleep and Health: Another Inequity?

Sleep and Health: Another Inequity? 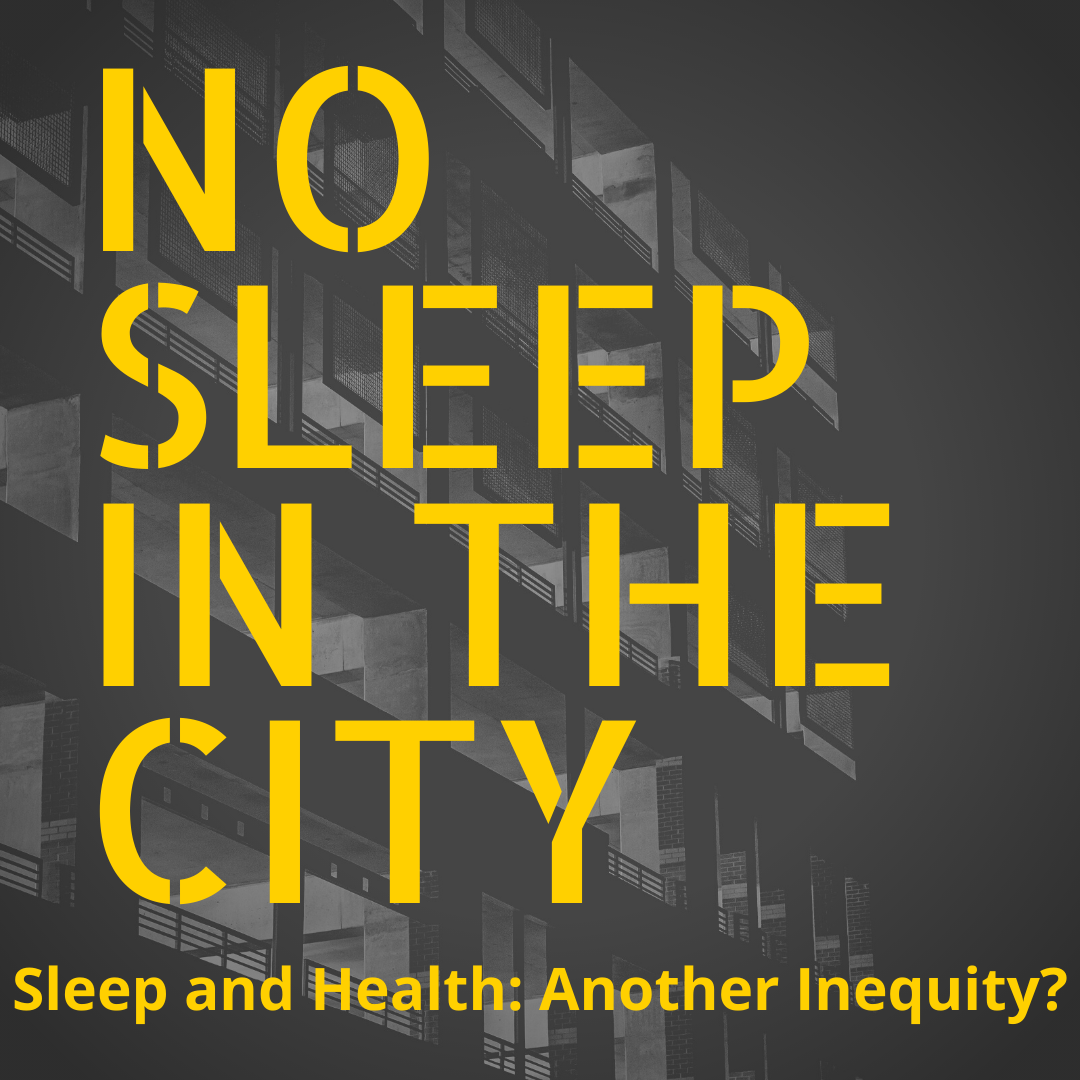 Sleep and Health:  Another Inequity?

We all know instinctively that sleep is important for our health, but do you know that poor sleep disproportionately harms the health of communities of color? Do you also know that this is not just a matter of opinion, but an increasing body of evidence that was recently summarized by Rodrigo Perez Ortega in October this year in the very highly regarded journal Science, a publication of the American Academy of Arts and Sciences. In fact, the issue of sleep in general, because of the fact of its importance, but also the widespread lack of appreciation of that importance, is the main subject of this recent issue of the journal.

But, you ask, is this much fuss about nothing?  Does a bit less sleep, even two to three hours a night on average, really make an impact on health?  The answer is that it does.  A sleep researcher at the University of Miami, Girardin Jean Louis, is trying hard to address this historically neglected aspect of racial health inequity and to spread to word about this inequity as widely as possible.  The fact is that Black and Hispanic people routinely report getting less than 6 hours of sleep a night, taking longer to fall asleep, wake up more during the night, and spend less time in deep sleep, a stage of sleep that is important for a stronger immune system, memory formation in the brain, and restoring health at the level of individual and groups of cells, such as those of the pancreas.  Dayna Johnson, a sleep epidemiologist at Emory University in Atlanta, reinforces the evidence regarding poor sleep by saying, “Sleep is a privilege. If we can target sleep we might be able to reduce the burden of all types of diseases among racial minorities.”  The only thing I would differ with Dayna about is that my suspicion is that this is true for all human beings, differing socioeconomics, housing/environmental, work conditions, and lifestyle factors all play a role in shaping sleep patterns.  Biological and genetic differences are less important in the scheme of things than these parameters. An excellent example of this very practical aspect is the simple fact that more black and Hispanic men and women work night shifts or other nontraditional hours such that getting a good night’s sleep is difficult. Added to this basic fact are the differing stress experiences of different groups of people, differing exposures to ambient light and noise, and different exposures to various forms of pollution, among other factors.

But what are the long-term effects of suboptimal sleep?  The brain is an obvious target, with poor sleep decreasing alertness in the short terms (accidents at work and driving), impaired cognition and increased anxiety and depression, which as chronic problems are thought to increase susceptibility to dementia, a common form of which is Alzheimer’s disease. The cardiovascular system (heart and blood vessels is another target in the form of hypertension (one in three people in east New York have hypertension), with resultant heart attacks and strokes and loss of the repair functions in heart muscle that sleep can enhance.  Surprisingly, the pancreas is also affected by poor sleep because the latter disturbs normal metabolic patterns and cellular repair processes.  Obesity, insulin resistance, and type 2 diabetes can be the results. Less well characterized are sleeps effects on the immune system, with poor sleep reducing response to some vaccines for example and enhancing chances of getting a viral infection (likely decreased effectiveness of at least some types of immune cells). Putting it all together, one large review study found that people who routinely sleep less than six hours a night are 12% more likely to die prematurely than those who get 6-8 hours of sleep.

There is an important message in all of this, whatever all the facts are.  All aspects of how we live our lives are important to our overall wellness or “total health.”  Lifestyle and environmental factors, including sleep, all interact with and influence biological/physiological/genetic factors in determining our overall wellness.  Think about it: Is a type 2 diabetes study that neglects to look at sleep and a host of other factors a valid one? What about sleep patterns in hypertension?  In obesity?  Considering and attempting to influence chronic illness patterns in East New York in truly effective ways requires us all to think differently about what health is – a product of many things in multiple sectors of the society and environment that surrounds it.

What this means is that each of us individually and as groups of residents can improve health ourselves.  We don’t have to (and should not) wait for others to do it for us.  When we improve our wellness, we will have changed the society and environment around us as well.  True equity and liberation come from us. Let’s do it together!!  We will all sleep better!!

East New Yorkers should lead the way on this! We can change the world staring with our own community! East New York can, and should shine!!